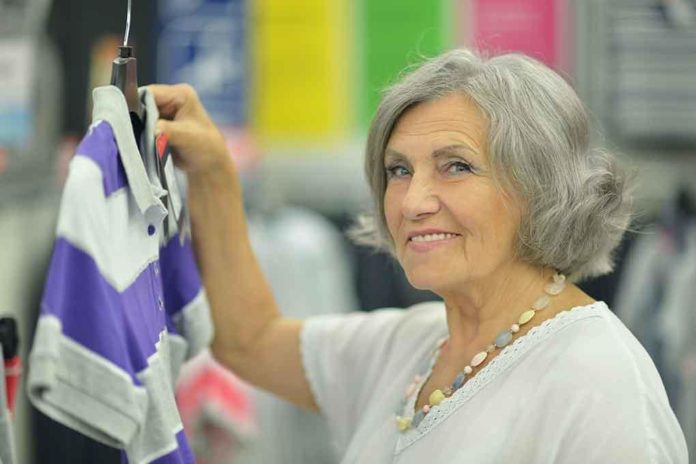 (DailyFix.org) – In one community four hours northwest of Vancouver, Canada, residents are growing weary because of the number of blatant crimes. The situation has gotten so bad some are taking matters into their own hands, and age doesn’t seem to be a deterrent.

At one local Walmart, a man spotted a would-be thief as he headed for the store exit. So, he took out his phone and followed the man as he tried to leave the store without paying for several items.

Little did the cameraman know he would record a feisty older lady who had enough of the nonsense. As the would-be thief grabbed his bike, he asked the lady to excuse him. He made a big mistake. She blocked him from leaving the store with her shopping cart. The man who initially followed the thief through the store caught the entire interaction on video.

The senior lady uttered a tirade of profanities, making it clear she wasn’t having any of his shenanigans. As the woman cursed him, she was able to pull off the mask he was using as a disguise. The crook didn’t bother putting up a fight. Apparently, he may be a thief, but he has enough chivalry not to harm a grandmother. She instructed the shoplifter to get out of the store, which he promptly did, leaving his stolen goods behind.

The moral of the story is the next time you see an older person, don’t underestimate their power.

The authorities don’t know who filmed the video but would like to find out. They say the man and older woman acted with bravery. However, even though conduct like theirs is honorable, it’s generally not advisable because sometimes confrontations become violent.