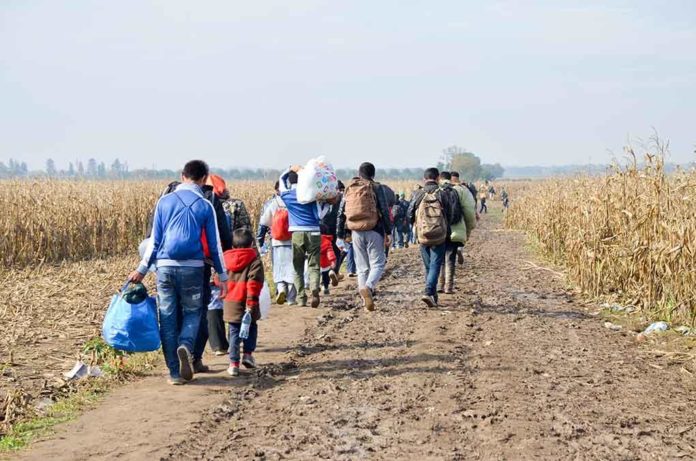 (DailyFix.org) – Many believe America’s immigration system is broken, but is it? The question of illegal immigration may pertain to following the law and law enforcement discretion.

Since early last fall, the Biden administration began flying illegal immigrants across the country where they released them to family, sponsors, or other entities. Officials changed the legal requirements regarding orders to court hearings. In addition, officials can’t account for 50,000 migrants they released into the country.

Despite assurances from federal immigration officials and the Department of Homeland Security (DHS), almost half of the illegal immigrants released into the US by the US Border Patrol are unaccounted for. Between March 21 and August 31, 2021, the administration released over 100,000 illegal immigrants into the country. Officials gave the migrants a notice to report to Immigration and Customs Enforcement (ICE) within 60 days.

Unsurprisingly, half of them are missing. Government data suggests that 47,705 illegal immigrants did not check in with ICE as officials ordered them to do. Now, immigration authorities have no idea where the missing illegal immigrants are or what they are up to.

The administration made it easier for migrants to flout the law. The language is important. A Notice to Appear is a legal requirement with real consequences. If an immigrant is given the notice to appear and fails to show, a federal immigration judge can order their immediate deportation.

A Notice to Report, on the other hand, works on the honor system. If an illegal immigrant fails to show up in court, there is no recourse.

Unfortunately, DHS Secretary Alejandro Mayorkas was less than honest with Congress. In September, he told the US Senate that the overwhelming majority of illegal immigrants issued Notices to Report checked in with immigration officials. Now that we know 50,000 are missing — his earlier statement appears not to be truthful.

So, DHS once again incentivized illegal immigration by stripping any consequences for breaking US law.

The question is, when will there be accountability for the administration’s actions?